The Alto-Shaam Vector F Series Multi-Cook Oven just won a Kitchen Innovation Award at the 2018 National Restaurant Association show. But before we delve into the benefits of the F Series, let's review what makes the Vector oven special in the first place.

Last year's H Series unit introduced multiple cooking chambers, available in 2, 3, or 4 chambers. Each of these is independently controlled for temperature, fan speed, and time to allow for simultaneous cooking of dissimilar menu items and no flavor transfer between items. The Vector achieves this with a patented technology that uses high-velocity, focused heat for faster cook times.

[Additional Reading: How the Alto-Shaam Vector Oven Can Save You Time and Money]

Now, in 2018, the new F Series was released to accommodate high-volume operations such as schools and hotels. The F Series is different because it contains larger chambers that will hold full size sheet pans or hotel pans.

Like the H Series, the F Series contains four main chambers with one important difference. Patent-pending technology innovations allow operators the ability to combine two of the four cooking chambers to make space for larger items, without disrupting the structured airflow design. 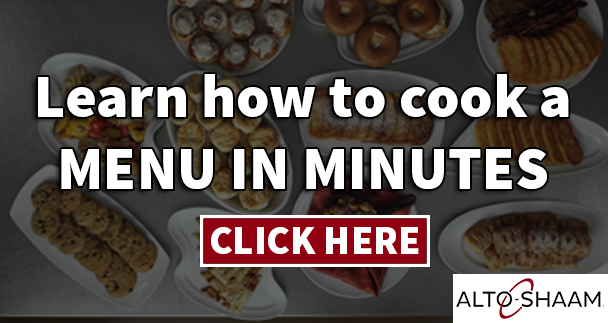